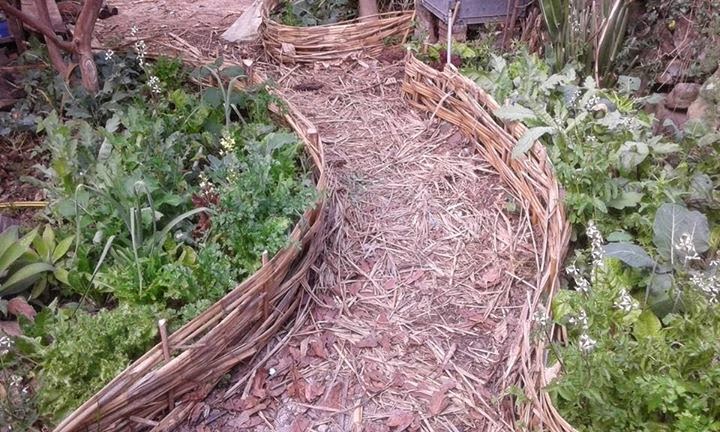 "Permaculture attracts many raised in a culture of scientific rationalism because its holism does not depend on a spiritual dimension. For others, permaculture reinforces their spiritual beliefs, even if these are simply a basic animism that recognises the earth is alive and, in some unknowable way, conscious. For most people on the planet, the spiritual and rational still coexist in some fashion. Can we really imagine a sustainable world without spiritual life in some form? "

A couple of cautionary notes: Permaculture is not a missionary activity.  There is enough to do working with those who want to know not to go out trying to convert people.
At the end of the day Permaculture is a proposition for a design science.  Spiritual approaches will influence how we make our solutions ethical.  And you can come from any piritual direction you like.  At the end of the day it's about how you manage inputs and outputs.  And that has to fit with ANY spiritual context

And so to spirituality. Right- minded human beings have a spiritual dimension. Learning from nature implies a connectedness with the living world around us. Ethical commitments are written into the concept of permaculture right from the start. This is not about religion… you can believe in any religion you want or none and still practice permaculture. But you can’t practice permaculture without a sense of ethics, which by its very nature implies a spiritual dimension. People care, Earth care, fare shares are all ethical concepts.
When I teach permaculture I invite every student to be part of the teaching. On a recent course one participant invited people through a guided meditation to sense the garden in which we were sitting. Without talking at all what could we hear, smell, sense. She moved us beyond words to experiencing the world about us for ten minutes. This was a very spiritual way of learning, and one I personally don’t practice often enough.
None of these things corrupt or cultify the understanding of permaculture. They add to it. And it remains a discipline for designing how we can live lightly on the Earth, an Earth we respect and understand better every day.